Lloret Drone Festival in its second edition, this 2022 with the best drone shows

From July 29 to 31, the second edition of the international drone festival of Lloret de Mar will be held. 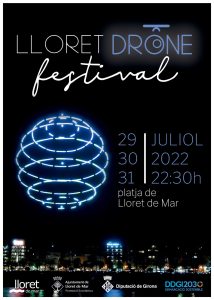 The best drone light shows in the same international festival.

From July 29 to 31, the hundred drones of Flock Drone Art will once again offer this large format show in the bay of Lloret de Mar, on the Catalan Costa Brava, on the occasion of the second edition of the Lloret Drone Festival, which we organize jointly with the city council of Lloret de Mar. Two more companies will also participate, one from Madrid and another from the United Kingdom, which makes this festival the first of an international nature to be held in Spain.

Flock Drone Art is the company in charge of executing all the shows with its technical team and drones, but with the designs made by the different companies participating in the contest.

On July 30, he will offer his own show. It should be noted that in 2021 the company was awarded by the prestigious UGCS, with the International Award for Best 100 Drone Show, for the show it offered at the Lloret Drone Festival last year.

The Lloret Drone Festival, which celebrated its first edition last year, makes the international leap this year and becomes the first festival of its kind in Spain. On Fridays in July and August last summer, the citizens and visitors of Lloret de Mar were able to enjoy this original and unique proposal that combines art and technology with a show designed and inspired by the seafaring past of the town.

The public will be able to share their videos and photos on social networks using the hashtag #LloretDroneFestival. Follow Flock Drone Art on instagram and other networks with the name of @flockdroneart !

In the words of the Councilor for Economic Promotion, Jordi Orobitg, “Last year we presented a show that was already revolutionary and pioneering in Spain with these 100 devices flying simultaneously and in a swarm, with the technological complexity that this entails. This year we add the attraction of giving it an international format, and incorporating some of the best companies in the sector in Europe, which will surely make the shows more spectacular. On the other hand, this is clearly a brave bet to carry out an event with a marked technological character, which due to its great appeal has a significant economic impact on the population, and positions the “Lloret de Mar” brand within the segment of singular events, sustainable, and with great added value”.

The festival, promoted by the Lloret de Mar City Council, once again relies on the Catalan company Flock Drone Art, for the organization, coordination and technical execution of all the shows.

From where to see the show?

The show will be visible from the entire Lloret beach. Sound equipment is installed throughout the promenade so that the public can enjoy the event.

Although the event will be visible from afar, we recommend looking for a good place on the beach near the Roca de Maig, outside the safety limit of the event. This will be the best place to listen and enjoy the 100 drone show of the Lloret Drone Festival! 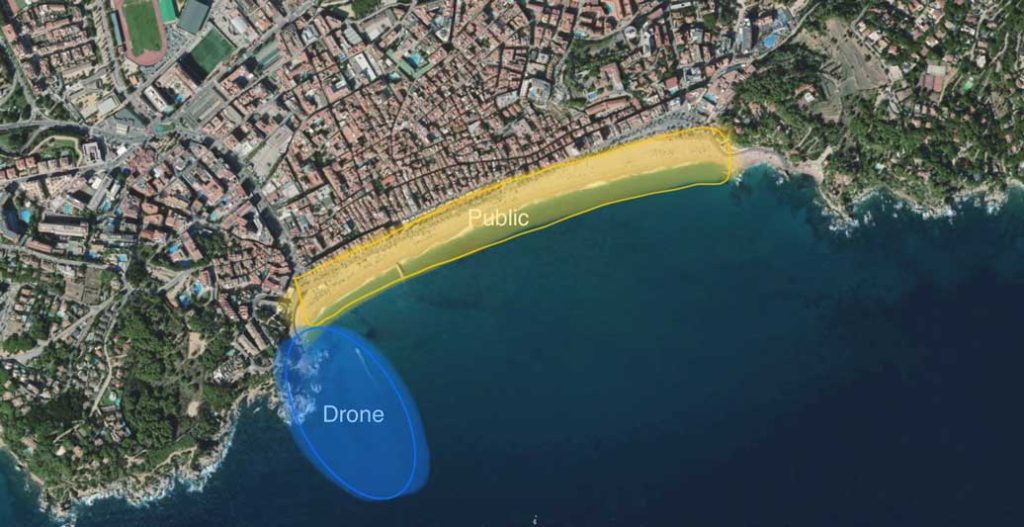 Every night we will have a guest with his drone light show:

• July 29th. Celestial, UK. Presents: “Lloret By The Sea” Celestial’s drone show celebrates the beach, summer and fun. The show synchronizes music with bright colors and images that light up the sky. Prepare to be dazzled by this party in the sky. Celestial brings you our love of sand, surf and drones from the UK. “

• July 30th. Flock Drone Art, Catalonia. Presents: “ECO”. ECO is a luminous allegory of nature, a cry for respect for the environment that wants to value environmental awareness and the need to preserve the world in which we live.
It was awarded in 2021 by the prestigious UGCS with the International Award for the best 100 drone show, for the show it performed at the Lloret Drone Festival last summer.

• July 31st. Umiles, Madrid, Spain. Presents: “Lloret: a city to feel”
Umiles presents its drone light show where Lloret connects with its surroundings and history. We will see the sky illuminated with various figures representing nature and corners of the city that will not leave the viewer indifferent. 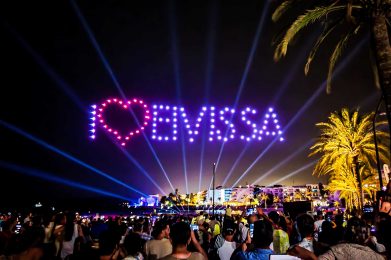 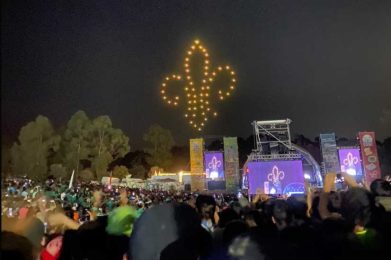 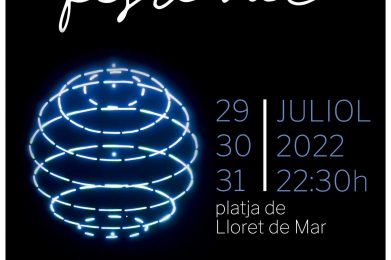